Gillom: Feminism And The Black Experience

I’m a young, black, cis-gendered man, and when it comes to the issues that impact Black men every day I want to claim a place at the table, too.So recently, I had a conversation with a Black female colleague about a white woman now nationally dubbed “cornerstore Caroline” who falsely accused a young Black boy of “sexually assaulted her” as he brushed past her in a gas station. Jumping off from there, my friend and I discussed the intersection of the Black body, feminism, and its connection to the Me Too movement.

It seemed to us that a rift developed when the mainstream media largely failed to credit the movement’s black founder Tarana Burke, instead choosing to elevate the voices - and thus the agendas - of rich white women, such as Taylor Swift.

This paradigm shift erased the Black feminist perspective and rendered the modern-day feminist’s movement devoid of the Black experience. Women of color face both racism and sexism – and when their voices disappear, they become completely erased.

Moreover, if calling the shots and shaping the narrative in the feminist movement is left exclusively to white women, it leaves the entire Black community, yes Black men too, vulnerable to unfair attack.

For instance, using white feminist logic, black men face racism, but they still have male privilege. So theoretically they should be challenged in the court room, the education system, and the board room, right?

Not necessarily, because context and nuance matter.

Male privilege doesn’t necessarily mean that race doesn’t play a role. Black men have less power than white women in professional and educational settings. Yet, within the black communities, black men carry more power than black women. It’s complicated, and we need the voice of Black women to help fill these gaps.

I don’t mean to excuse men’s patriarchal behavior, but if the goal is that communities of color and feminists become allies, we’re going to have to discuss how sexism and racism interact and differently impact communities.

Eventually, my friend and I concluded that one-sided, colorblind, analysis of sexism only further marginalizes people of color and simplifies our complex narrative. And, holding men accountable without first examining racial bias, impacts how we view all situations. 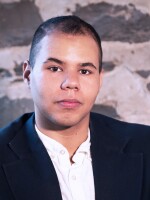