For many years, I’ve been part of a small group of Craftsbury residents that’s been working to build community support for bringing high-speed internet service to our town.

When we asked Congressman Peter Welch about plans for the Federal Government to develop a rural broadband network, he said that at an estimated cost of forty-four billion dollars - such a program would be extremely difficult to authorize.

Therefore, we took on the task of generating the community support for building our own high-speed internet network. Through correspondence, surveys and public meetings, we educated ourselves on what types of services are available, what internet service providers are willing to offer, and what the existing businesses, young entrepreneurs, and residents felt they needed.

A volunteer team ultimately decided to build 13 miles of new fiber connected to the State’s dark fiber in the Northeast Kingdom. Funding was applied for and grants were received. We sought proposals from Internet Service Providers and reviewed three possible solutions. The town selected Kingdom Fiber to build out our broadband network.

There were many setbacks and delays - but after three years of concentrated effort, the installations are now underway. Most of the existing businesses in town will be connected to the high-speed fiber network by the end of this year, and half of the residences will have the option of choosing this service. The locations not serviced by fiber will continue to have the wireless and DSL slower options currently available.

Among the lessons we’ve learned in Craftsbury is that improved broadband projects are costly, time consuming, and very frustrating. But we‘ve also learned that successful projects are possible, that many people and governmental agencies are willing to assist, and that appropriate funding can be found – if you have the necessary patience and perseverance to pursue it. 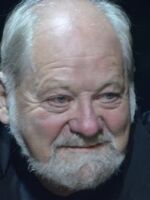 David Stoner
S. David Stoner is a retired resident of Craftsbury who has served as a management consultant, Presbyterian Church Denominational executive, and volunteer in mission in Pakistan. He is President of Northern Enterprises, the non-profit that holds the Northlink dark fiber in the NEK and was the Vermont Tree Farmer of the Year in 2017.
See stories by David Stoner
Subscribe To 'The Frequency,' Our Daily Morning Newsletter
Get up to speed on the news Vermont is talking about, delivered to your inbox every weekday morning.
Sign Up