Syrian architect Mohamad Hafez was at the Fleming Museum recently to speak about how as a college student in Iowa back in 2004, he began to build miniature scenes of his native city, Damascus, to work through his homesickness. Three of his works can be seen at the Fleming Museum until May 10.With the civil war that’s devastated Syria for eight long years, Hafez' miniatures have become reminders of a lost world. Much of his new work depicts the war-ravaged homes of people who had to flee. The details are terribly realistic – much like the gutted facades, hanging electrical wires, and left-behind items of everyday life we see in video footage from Syria.

Hafez began building miniatures to deal with his own feelings, and in that, they’re a compelling example of the power of working with one's own hands. But by translating grief into art, into something that can speak to others, his work also offers us a powerful glimpse into what war means to real people.

The German word Heimat means home, a place of belonging, or the place where a person grew up. Of course you don’t have to be German to have a Heimat, which is why last year it was the subject of an article in the New York Times.

Heimat is connected to a person’s feelings about a place, and can include familiar foods, smells, people, the color of the sky, or the sound of the wind in the trees.

And you don't need to be a particular nationality to understand what it means to be separated from one’s Heimat. In that case, you experience Heimweh – homesickness.

If you’ve ever moved, say to a different state or country, you probably know what that feels like. I certainly do, but I’m lucky. I can still go back to my Heimat in northern Germany – while  for many others in the world going home is no longer an option.

The Welsh have a word for this kind of loss, as I learned from Mohamad Hafez. It’s Hiraeth, meaning a homesickness tinged with grief, for a home to which you cannot return. 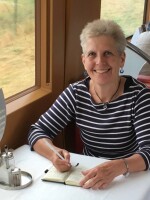