Over 40 Vermont musicians got behind, in front of or under a tiny desk, all in the name of great music to enter their submissions in NPR's annual Tiny Desk Contest.

On the next episode of Safe & Sound, host Mary Engisch showcases a selection of these entries. We'll learn the stories behind the songs from Vermont trio The Fabulous Wrecks, chamber-folk duo Cricket Blue, singer-songwriters Chad Conant and Autumn Chamberlain, and more!

Listen on Saturday, August 28 at 6 p.m. Can't listen live? Catch it in the VPR Replay stream.

Meet the artists featured in this Vermont showcase:

"The lyrics try to convey the feeling of regret in a social moment. For when I make a mistake in conversation or have wronged a dear friend. It's me talking to myself saying, 'Funny how each time ends up the same, buried in the moment is a hollow of shame, gutted on the table by the specter of blame.' How this kind of regret and shame lingers around long after these moments finish. It's driven home by the vamp, 'Lost in a maze of all my disasters, I'm drifting away.' This is a bit of a plea to stop, before I get forever deep in the maze of my own insecurities, self-doubt, and anguish."
—Ian Steinberg

"Some of [the song] certainly was inspired by the fires out west and the ever growing impact of climate change on our lives and the environment. That is the more literate meaning. However, there is a more metaphorical meaning to it as well. That's the part that is personal to me and I think listeners will make personal for them as well. I could see it interpreted as someone feeling uninspired with themselves and questioning their worth and asking themselves or the universe why this is happening and eventually feeling resigned to that fate. But, if you ask me tomorrow I might give another answer. That is the beauty of music. It is what you need it to be at any particular time."
—Benjamin Jayne

“The song is about transformation and healing. And when I wrote it, I was really thinking about healing from trauma and moving forward in life. And the lyrics are pretty sort of straightforward about letting go of pain. And that sort of the only way to relief is to make yourself to let yourself grieve the old you. The only way to transmute is to make yourself face the true blue. The song talks about butterflies and something that I love to say when I am performing the song live with Bob and Josh is this little science fact about butterflies … when a caterpillar goes into the cocoon, obviously it, you know, turns into liquid … and then it reforms into the butterfly. A totally new body with all these parts that it's never had before, totally anatomically different. But the brain of that caterpillar retains everything that it used to know when it was a butterfly. It still has all its knowledge. And if that's not a metaphor for wisdom and healing, I don't know what is.”
—Kat Wright

"I had a number of things on my mind when I was writing [this song]. One is the intersectionality of gender and class. This song is about two different women from different circumstances and their paths are somewhat dictated by their social circles.

And I also just wanted to write about a certain type of female friendship I experienced as a young woman, as an adult, because of how society is structured, I find I have to go out of my way to achieve any sort of intimacy with people who are different from me, and I have a certain nostalgia for a time when that intimacy would happen organically like when I was working a summer job.

But I don't identify with just the narrator in the song. I definitely put parts of myself in both of these characters. And my hope, I guess, is that people can listen to the song and do a little bit of their daily empathy practice."
—Laura Haeberlin, Cricket Blue

"It's my favorite song I've written at the moment. I always put as much as I can into every song but this one was a culmination of several months of seemingly disconnected notes I jotted down, and every edit molded it into a masterpiece in my eyes.

It was also the last song I needed to feel I had enough to put together my first album. There are probably too many metaphors, but it's a very special song that helped me organize feelings about heartache."
—Autumn Chamberlain

"These days everybody's struggling. It doesn't matter what side of the political aisle you're on. I think many of our problems are shared problems that were either too quick to anger or were too despondent to work together. So I hope this song reminds people that there is a lot of common ground. We just need to look through the nonsense and get to the meat of the problem and I think we can solve it."
—Chad Conant, CONANT

The Last Time I Saw Molly -The Fabulous Wrecks

"I hope this song conveys a sense of mystery and wondering, who is the narrator of the tune? Is he as innocent as he sounds? I also hope to convey that Molly is a person who loved life and trusted the world to be good to her. And I hope it was."
—Roy, The Fabulous Wrecks

"I wrote the beginning guitar riff and melody about 15 years ago and could never find a song for it until the pandemic hit. The phrase 'shelter in place' was on my mind for obvious reasons and it acted as the catalyst for the rest of the song. For the lyrics I thought about the people I've known who responded to injury (physical and emotional) by running away - both literally and metaphorically via suicide, self-harm, and self-medication. I imagined asking them to maybe weather the most recent trials by sheltering in place with me, with the hope that perhaps it would be a more permanent state."
—Milton Busker 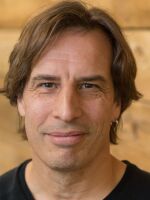 Peter Engisch
As a former recording studio owner and jazz fusion pianist, Peter brings a unique perspective when engineering music for VPR. He apprenticed during the 1980's at the same NYC studio where Madonna, Duran Duran and B-52's recorded iconic albums. He cracked the Top 10 on the Smooth Jazz Charts internationally with his ensemble Eight02 and earned a Grammy nomination for his work on Utah Philips' tribute album.
See stories by Peter Engisch

Anna Ste. Marie
Anna Ste. Marie is a VPR's marketing & engagement coordinator. Prior to that, she interned with Vermont Edition while receiving her B.A. in Media Studies, Journalism, and Digital Arts from St. Michael’s College in 2016 and joined VPR full time in 2017 as Audience Services Associate. Anna grew up in the Northeast Kingdom.
See stories by Anna Ste. Marie
Subscribe To 'The Frequency,' Our Daily Morning Newsletter
Get up to speed on the news Vermont is talking about, delivered to your inbox every weekday morning.
Sign Up