The United States is poised for the birth of a brand new industry, one that will invest tens of billions of dollars in our economy, reshape our coastal communities, and one that could be one of the sharpest knives in our fight against climate change: offshore wind.

After 20 years of politicization and red tape, the U.S. is moving full speed ahead on installing offshore wind energy. It’s going to be huge: tens of thousands of jobs, tens of billions of dollars injected into the economy, and 2,000 turbines taller than the Washington Monument in the Atlantic Ocean.

This week on Vermont Edition, we listen to the series Windfall from NHPR’s award-winning podcast Outside/In, which investigates the rise of this brand new American industry. This is the story of a promising green energy technology and the potential of wind power in a changing climate. It’s the story of an organized opposition and how the failures of the past define future success at a time when the government is poised to take real action on climate change. Ultimately, this is a story about power: who has power, where does it come from, and who benefits.

Miss it on the air? You can listen back to the entire Windfall series here. 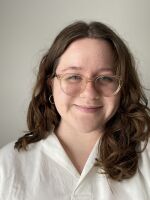 Emily Aiken
Emily is a recent graduate of the University of Missouri. She graduated with a Bachelors of Journalism, and spent her time at Mizzou working at Columbia's NPR affiliate, KBIA, and interned at the Kansas City NPR affiliate KCUR. Emily was born and raised in St. Louis, Missouri, and loves to find new music, movies and support the local arts.
See stories by Emily Aiken

Kari Anderson
A native Vermonter, Kari grew up with VPR on in the background. After completing degrees from McGill University and spending time in New York and Beijing, Kari has been with VPR since 2012.
See stories by Kari Anderson
Subscribe To 'The Frequency,' Our Daily Morning Newsletter
Get up to speed on the news Vermont is talking about, delivered to your inbox every weekday morning.
Sign Up