"Prince Igor's triumphant return: the Met makes a masterpiece of an unlikely opera. [A performance that] would be the jewel of any opera company in any golden age." - New York Observer 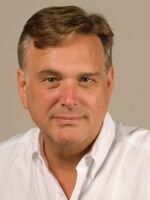 Tim Johnson
Tim was an online producer on VPR's digital team.
See stories by Tim Johnson
Subscribe To 'The Frequency,' Our Daily Morning Newsletter
Get up to speed on the news Vermont is talking about, delivered to your inbox every weekday morning.
Sign Up
Radio Stations & Coverage Maps
Find Your Station
Contact The VPR Classical Hosts
Whether you have a question, comment, news tip or story idea, reception report, program request or a simple note letting us know how you're listening—we want to hear your thoughts and help you connect with our news, music and programming! Here are answers to our most frequently asked questions, and ways to get in touch if you need additional support.

Playlists
Browse playlists by day with the Daily Schedule or search the archive by Program.