Foster Care Students Hope Their Success Will Help Others

This week at the Statehouse, five young people who grew up in foster care testified before legislative committees.

The youth were in Montpelier to share the challenges they faced in trying to apply for and attend college while under the custody of the state.

They took the testimony seriously. Last week, Sierra Newton, Alli Rogers, Cody Richardson and Michael Reyes were at a rehearsal.  Not the kind of rehearsal where you practice a song or play the violin for an audience of family and friends, rather this rehearsal was to practice telling their stories as foster care kids going through the system and how they ended up in college, despite the odds.

The audience they were practicing for? Members of the House committees on Education and Health and Human services as well as key leaders from the Department of Children and Family Services.

Sierra Newton reflected on the importance of those around her expecting success, rather than failure.

“What helped me was that everybody, whether they were my family or my foster family, it was always assumed that I was going to go to college,” Newon said. “It wasn’t assumed that I was just going to age out and get a job somewhere… you know (college) was just never out of the question”

A survey of former youth in foster care in Vermont developed by two college students, Mary Kate Schroeter and Zac Wilkins found that only a very small percentage are currently attending college. Findings from the survey show that those in college were moved around less in both home and school placements.

Student Michael Reyes said stability was lacking in his life as he pursued his education.

“I ended up bouncing around a lot of juvenile homes,” he said. “So what I think would have been helpful is if someone would have sat down with me whether it was my DCF (Department of Children and Families) worker or peer support group or mentor – if they actually asked me what do you want to do ten years from now, five years from now where do see yourself in the future as a career…  instead of investing in a new placement.”

This legislative day was conceived by Jessica Strolin-Goltzman, associate professor of social work at the University of Vermont. It’s part of an initiative called Vermont Futures, a two-year collaborative project that seeks to improve educational stability and well-being for Vermont youth in foster care.

Strolin-Goltzman said we need to hear the stories of success in order to improve the education outcome for most youth in the system.

“The really important part is that we need to be hearing from these kids who have made it to college,” she said. “We need to hear their stories and what their successes were because so often we focus on why kids are not making it to college but that’s not the story, we need to tell the story of success”

As part of the project, VT Futures partnered with the College of St. Joseph’s STEPS program – where these students attend.

The purpose of the project is to engage with youth by exploring their experiences in foster care and to hear their opinions about transitioning out of the system.

At the rehearsal, the students seemed both nervous and brave as they planned their testimony. As they practiced, they said they hope their experiences and suggestions will be taken into account and used to improve educational success rates for those currently in the system. 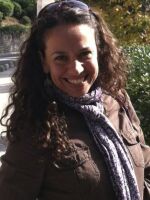