The number of monarch butterflies that overwinter in Mexico’s forests is down by 90 percent or more over the past two decades. And about half of these butterflies come from the U.S. Midwest, where their larvae feed on common milkweed. Part of the problem: A recent study cites a huge decline in milkweed in the Midwest, in part due to the use of agricultural pesticides.

Vermont, on the other hand, has a healthy milkweed population. A state biologist says Vermont’s meadows provide a critical food source for monarchs, and this could help maintain the population.

“The loss of the larval food source, which is mostly common milkweed but a few other species of milkweed as well, is primarily responsible for the reduction of the numbers of monarchs that overwinter in Mexico,” says zoologist Mark Ferguson.

Studies show a marked decline in milkweed in the Midwest, and at least one study has shown a correlation between pesticide use in the Midwest and the decrease of monarchs there.

“You have much larger scale of agriculture going on in the Midwest, where you have over 50 percent of monarchs being produced in the country,” says Ferguson.

At their height several decades ago, monarchs numbered nearly 1 billion, but Ferguson says the population is now closer to 50 million.

Vermont does play an important role, says Ferguson, but it sees a different migrating population of monarchs, not the same butterflies that travel through the Midwest.

"[Vermont] may be seeing the third generation of the year, and then we'll see another generation produced on our milkweed." - Mark Ferguson, state biologist

Monarchs that travel up the east coast arrive in Vermont in July and August.

“It takes a few generations of monarchs from when they leave the overwintering sites in Mexico to actually get up to the northern parts of the continent such as Vermont,” says Ferguson.

“So, we may be seeing the third generation of the year — and then we’ll see another generation produced on our milkweed.”

In the late fall, those monarchs will fly all the way to Mexico in a single generation.

Vermont doesn’t have the large-scale agriculture of the Midwest, says Ferguson, so it hasn’t seen the decline in milkweed.

“I think we have much better potential for managing lands for milkweed than they have in the Midwest at this point,” says Ferguson.

Vermonters can help monarchs by, when possible, keeping fields unmowed until later in the fall when the monarch larvae hatch and eat the milkweed.

Ferguson says Vermonters can help monarchs by, when possible, keeping fields unmowed until later in the fall when the monarch larvae hatch and eat the milkweed.

While monarchs may be the “poster child pollinator,” says Ferguson, “it’s good to realize that there are many other pollinators that are serving an important function throughout the growing season.” 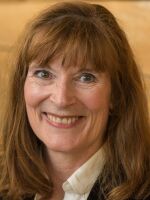