A TL;DR for the 2018 Vermont Legislative session, if you will.

A few of the bills that sparked headlines this session have already been signed into law by Gov. Phil Scott.

Need a refresher on how a bill becomes a law that isn't care of Schoolhouse Rock? No judgment, we got you covered.

H.511 (Act 86) — "An act related to eliminating penalties for possession of limited amounts of marijuana by adults 21 years of age or older"

It's the bill that made Vermont the ninth state in the country to legalize marijuana. It passed both chambers in early January, and just 11 days later the governor signed it into law.

Now called Act 86, it goes into effect July 1 (which means nothing is legal just yet.)

H.294 — "An act relating to inquiries about an applicant's salary history"

Backers of this bill say that by prohibiting salary history questions, the state can help to close the gender wage gap. Both the House and the Senate passed the legislation and Gov. Scott signed it into law Friday.

H.333 — "An act relating to identification of gender-free restrooms in public buildings and places of public accommodations"

Like Act 86 (the pot bill), the bathroom bill goes into effect July 1. It requires that public buildings and venues have gender-free restrooms designated as gender-neutral.

The bill only applies to bathrooms with one toilet, so multi-stall/user bathrooms can still legally be labeled for one gender.

S.55 (Act 94) — "An act relating to the disposition of unlawful and abandoned firearms"

This bill, which raised the age to buy a gun, requires background checks on private gun sales and put bans on bump stocks and high-capacity magazines, generated a lot of debate. Gov. Scott ended up signing it into law in mid-April, amid both cheers and boos, in front of the Statehouse.

On the same day Scott signed S.55, he also signed these two gun bills, which were notably less contentious.

Just weeks later, Act 97 also ended up playing a role in the Jack Sawyer case, as an "extreme risk protection order" was sought by the court to keep Sawyer from possessing weapons.

That brings us to...

While Scott has signed a handful of bills into law already, many more pieces of legislation have passed both chambers and now await a decision from the governor.

These are a few we've been following throughout these last months.

Looking for something specific? Skip down to the full list.

H.378 — "An act relating to the creation of the Artificial Intelligence Task Force"

It's an AI world and we're just living in it (or at least that's the fear.) That mentality may explain why both the House and Senate passed legislation for a task force to study the effects of artificial intelligence.

More affordable prescription drugs from Canada? The Vermont Legislature said "yes, please" as it passed with overwhelming support in both the House and the Senate. It applies to the most expensive drugs. The state will create an entity to act as a wholesaler to distribute lower cost drugs to pharmacies and insurance companies.

It's worth noting that if Scott does sign this bill, the state would still need a federal waiver in order to implement the plan. While he says he's not sure it will save any money, Scott does say he supports it. Vermont will like join with Utah to get the waiver.

The Jack Sawyer case in Fair Haven, and the subsequent dismissal of some charges against him, spurred a lot of discussion around what it means to "attempt" a crime with firearms.

This bill has been noted as one way to enact a legislative change, making it so the state's existing domestic terrorism law would be expanded to include when a person takes "substantial steps" to commit a crime with a firearm.

H. 707 — "An act relating to the prevention of sexual harassment"

In the wake of the #MeToo movement, this House bill received tri-partisan support when it was introduced. The Senate passed similar legislation unanimously in May, and the governor has expressed support for the bill.

Scott has referred to the bill as a top priority and will likely sign it into law.

What does it legally mean to be a parent?

Considering legal and scientific developments in the last few decades, this bill passed by both chambers would update the state's parentage laws to take such recent factors into account.

Listen to Vermont Edition's conversation on the bill following its passage in the House.

This legislation, which Burlington Rep. Joey Donovan referred to as "a 'free the brewers' bill," would affect the rules around breweries working with distributors.

The bill passed both the House and the Senate, but neither the craft brewers nor the distributors seemed particularly thrilled with the direction of the legislation as it was being ironed out.

A top priority for Speaker Mitzi Johnson, the bill establishes a paid family and medical leave program for most employees. Here are the details of what the bill would provide:

Scott said he will veto the bill. As it stands, it is unlikely the House has the votes to override the veto.

S.40 — "An act relating to increasing the minimum wage"

The bill would raise the state minimum wage to $15 an hour incrementally over six years.

While the bill is personal priority for Senate President Pro Tem Tim Ashe, the governor is not a big fan, perfering instead the current system where the state's minimum wage is linked to inflation.

Scott says he will veto the bill and it looks unlikely the House will have the votes to override his veto.

Here's a full rundown of the bills that passed both chambers this session:
Scroll through to see the full list or use the search feature. Viewing on mobile? Tap HERE.

And then there are the bills that didn't quite make it to the finish line in time...

A number of legislative initiatives did not pass both chambers before the session's end. Here's a few we've been following, as there's always the chance these topics get revisited in some form next year.

Instead, Sears asked the Opioid Coordination Council to take a closer look in the off-session months (not to mention there's also a complication of how legislation like this would jive with federal law).

Sears did say though he'd be open to taking another look in 2019.

H.167 — "An act relating to alternative approaches to addressing low-level illicit drug use"

While small amounts of marijuana have been legalized for personal possession (to the chagrin of some lawmakers), Act 86 does not create any sort of regulatory framework.

There was one last late-session House effort to consider tax-and-regulate legislation — folded into this bill — but that spark didn't ignite and the bill died.

Scott has already nixed one law, and could chose to veto any of the bills currently headed to his desk that passed the Legislature.

S.103 — "An act relating to the regulation of toxic substances and hazardous materials"

When vetoing the bill, Scott said the bill would have "no practical impact to how [the administration] regulates these chemicals."

Here's the bill's co-sponsor, Sen. Virginia Lyons, on what the bill could mean for regulating toxic substances, including those considered "of concern" to children, on Vermont Edition earlier this year.

The current fiscal year ends June 30, and while the legislature passed the budget Saturday, Scott is expected to veto the bill.

There's more on what went down Saturday night here, but what this basically boils down to is that there will be a special session at the Statehouse later this month (or early next) to figure out the funding issue. Details of that are still being decided. 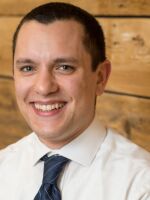