VPR Vermont Edition host Mikaela Lefrak sat down with statehouse reporter Peter Hirschfeld to break down the biggest takeaways. Their conversation is below and has been edited and condensed for clarity.

Mikaela Lefrak: The [expanded] motel housing plan ... affects about 1,500 families. And it's not sitting completely well with housing advocates, and a couple of reporters, yourself included, brought up those concerns [Tuesday]. So, what can you tell us about the pushback to the governor's plan?

Peter Hirschfeld: So, the primary source of conflict right now relates to about 1,000 Vermonters who were experiencing homelessness, and who qualified for motel housing during the bulk of the pandemic, but then lost that motel housing back in July, when the state changed its eligibility criteria.

And housing advocates, including a few who've been camping outside the Statehouse, actually, the last few days to protest the governor's handling of the situation, want the state to reinstate those folks into the motel housing program. Local housing organizations say a lot of those individuals who were in hotels are on the street now or in encampments. They say it's getting cold, and they say the state needs to do something to ensure they have appropriate shelter.

The administration though says motel capacity doesn't exist right now to bring those people back into the fold. And they also say they think they can more effectively handle those individuals by ramping up capacity in regional homeless shelters.

OK, so what's the timeline, you think, to getting all this sorted out? Because as we've said, you know, it's getting colder. I heard the governor say, you know, eventually the plan is to build more permanent housing. But of course, you can't do that overnight.

Yeah, a lot of unanswered questions right now. In the governor's housing plan that he unveiled [Monday], one point in there is to perhaps use vacant dormitories or other empty spaces around the state to create that emergency shelter space. How exactly that's going to happen, and by when is an outstanding question.

Let’s turn now briefly to COVID case numbers. So Vermont is one of the most vaccinated states, but it also right now has one of the highest case rates and the administration frankly sounded a little stumped by this. So tell us a bit more about the case numbers that we're experiencing in the state right now.

Well, the case numbers are up. At last week's briefing, we had learned that over the past seven days, Vermont had broken its previous weekly record for the number of new COVID cases in Vermont. This week, we broke that record again, and cases are up nearly 40% over the past two weeks alone.

I saw a tweet from Anne Sosin, she's a public health researcher at Dartmouth College, who posted some data showing that Vermont now has the fastest-rising COVID caseload in the United States.

🚨Vermont reached a new pandemic case record of 347 on 10/16 and now has the fastest rising caseload in the US.

And the obvious question, Mikaela, that you brought up and one that Health Commissioner Mark Levine was asked today is how is it possible that the most vaccinated state in the country has such a fast-growing caseload?

Dr. Levine said it's really unclear. He did say one possibility is that our high caseload right now is due precisely to the fact that we have such a high vaccination rate. And he said there's some data that suggests it takes longer for the delta variant to burn through the population — I believe were words he used — in highly-vaccinated areas than in less-vaccinated areas.

In any event, he said public health experts are going to continue to study the question of why and that he and his team will use whatever insights they glean to inform the administration's public health response to the delta surge that as we've seen this week, is still going strong here.

And last week, we saw lots of visitors coming into the state. It was a long weekend, leaf-peeping season, of course. Are tourists driving up case counts in any way?

About 91% were Vermonters who have been testing positive; 9% out-of-staters. The governor says that means the case counts we're seeing right now can't be tied to the higher flow of tourist traffic that we've seen over the foliage season.

And it was interesting to note that that tourist traffic over Indigenous Peoples' Day weekend was actually the highest out-of-state travel we've seen to the state since the beginning of the pandemic.

Have questions, comments or tips? Send us a message or get in touch with reporter Peter Hirschfeld @PeteHirschfeld. 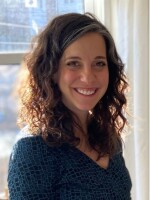 Mikaela Lefrak
Mikaela Lefrak joined VPR in summer 2021 as co-host and senior producer of 'Vermont Edition'. Prior to that, she was a reporter at host at WAMU, hosting 'What's With Washington' and '51st'.
See stories by Mikaela Lefrak
Subscribe To 'The Frequency,' Our Daily Morning Newsletter
Get up to speed on the news Vermont is talking about, delivered to your inbox every weekday morning.
Sign Up